Cosmelan is a new generation preparation that is used in the fight against discoloration. The treatment allows you to effectively get rid of pigmented spots. Cosmelan therapy removes even intense stains and discoloration of the skin, including those that have persisted for many years.

The speed of treatment varies depending on the type of skin. Usually its condition improves one week after starting the treatment, in the case of dark skin the spots disappear after 8-10 days. In 98 out of 100 cases, the treatment reduces the intensity of stains by 95%.

Cosmelan is a combination of chemical peeling and dermocosmetics created especially for this purpose. The treatment is carried out in two stages. The doctor puts on a mask made of Cosmelan 1, which remains on the skin for several hours, after which it is washed off by the patient at home. The time of application of the mask depends on the phototype of the skin and is determined by the doctor. The therapy is continued with Cosmelan 2 cream, which the patient is given to use at home for at least three months.

back to the offer 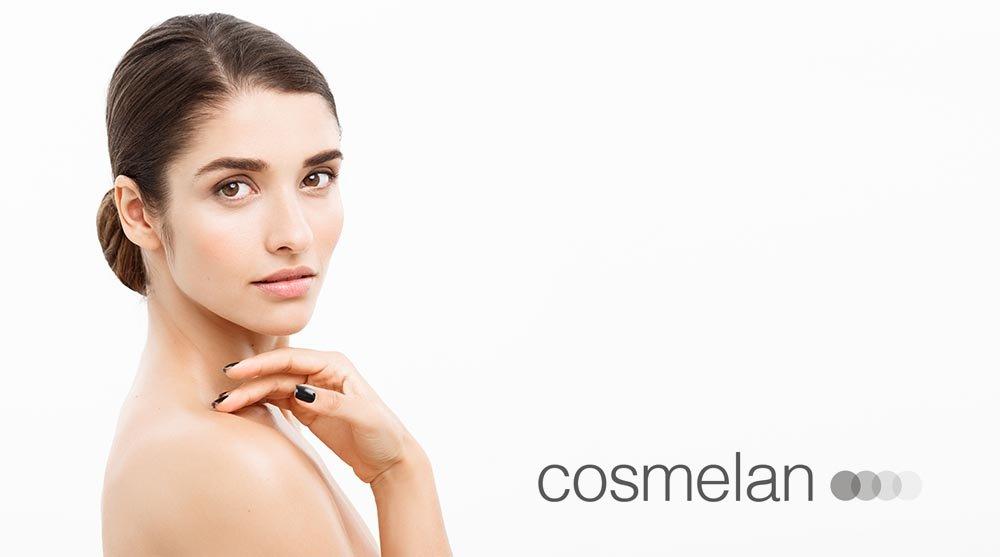